Wesley vs. Whitfield: Brothers in Conflict.

Note: Most of the information about Wesley and Whitfield in this letter is from John Wesley: A Biography (by Stephen Tomkins, Lion Publishing) and George Whitfield: Supreme Among Preachers (by J.P. Gledstone, Ambassador Publications). 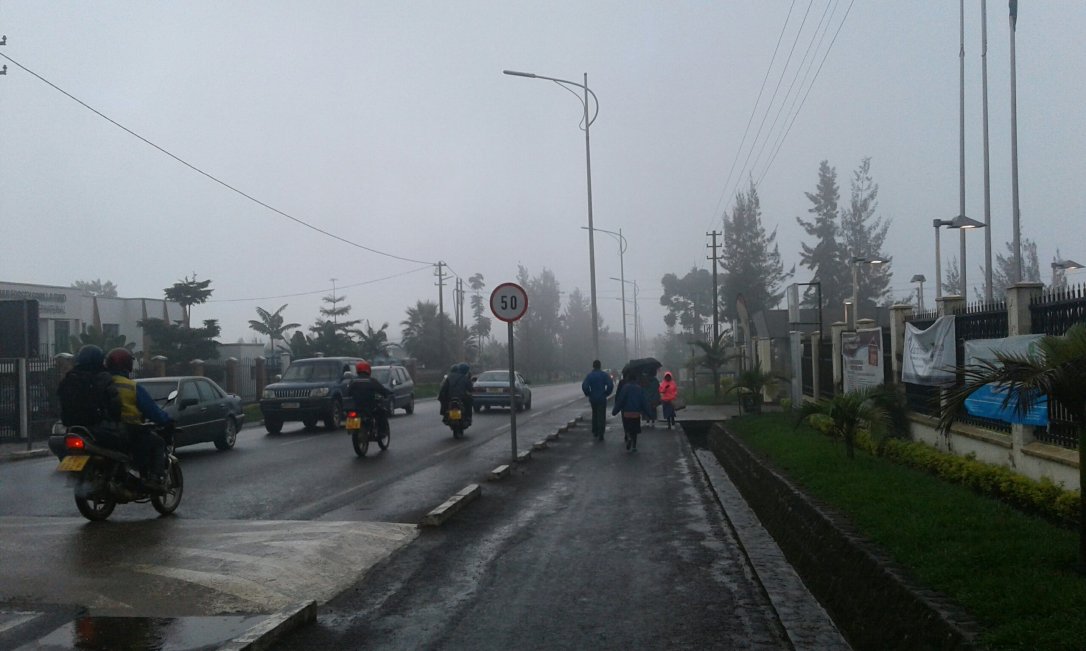 Musanze on a typical morning.

I’ve been living in this small town for the last 8 weeks of my clinical internship. It is beautiful town despite the cold, all-year-round rainy season. It is located in the mountainous Northern Province of Rwanda.

It was my first time to live in this place and will certainly not be my last time, at least I will visit my relatives and new friends.

I hope you all have a blessed day in the Lord!

“In what sense could it be said of us that we follow Christ if there is no cross bearing in our lives?”

Philippians 2:3
“Let nothing be done through strife or vainglory; but in lowliness of mind let each esteem other better than themselves.”

There is a plethora of evidences that our world is under the curse of the devil. We live in the “Me, Me, Me” age and era. Ironically, some folks utilize such as a social media catchphrase.

Paul warning Timothy and early Christians, he said “This know also, that in the last days perilous times shall come. For men shall be lovers of their own selves, covetous, boasters, proud, ..”. All the filthy, defiled behaviors he listed have one thing in common. They indulge in inordinate personal gratification and the worship of self.

People who conform their lives to those unholy behaviors have no part in the Kingdom of God. Our merciful Father wants us to grow in humility, and we have a perfect example, Jesus Christ, who endured all sufferings with humility. Verse 5 says, “Let this mind be in you, which was also in Christ Jesus.”

Hope you all have a blessed day in the Lord!

Philippians 1:19 KJV
For I know that this shall turn to my salvation through your prayer, and the supply of the Spirit of Jesus Christ.

Life is a battle field. Trials, problems, and temptations spring from every corner. It’s comforting to know that we are not alone. We can count on the prayers of the saints and the supply of the Holy Spirit from the mighty and merciful Father.

Don’t neglect the prayers of the saints, the Bible says “the effectual fervent prayer of a righteous man availeth much.” And remember to ask our generous Father a new supply of the Spirit every morning.

Have a blessed day brothers and sisters!

Now Joseph was well-built and handsome, 7 and after a while his master’s wife took notice of Joseph and said, “Come to bed with me!”

8 But he refused. “With me in charge,” he told her, “my master does not concern himself with anything in the house; everything he owns he has entrusted to my care. 9 No one is greater in this house than I am. My master has withheld nothing from me except you, because you are his wife. How then could I do such a wicked thing and sin against God?” 10 And though she spoke to Joseph day after day, he refused to go to bed with her or even be with her.

11 One day he went into the house to attend to his duties, and none of the household servants was inside.12 She caught him by his cloak and said, “Come to bed with me!”
But he left his cloak in her hand and ran out of the house. Genesis 39:6-12

But our testimony for God is not limited to a single act: it has to last all through our lives. So we must not imagine for a moment that Daniel had only one trial to undergo. The word to the Lord’s servants is the same in all ages, “Be thou faithful unto death.”

Faith is not intelligent understanding, faith is deliberate commitment to a Person where I see no way.

Are you debating whether to take a step in faith in Jesus or to wait until you can see how to do the thing yourself? Obey Him with glad reckless joy. When He says something and you begin to debate, it is because you have a conception of His honour which is not His honour. Are you loyal to Jesus or loyal to your notion of Him? Are you loyal to what He says, or are you trying to compromise with conceptions which never came from Him? “Whatsoever He saith unto you, do it.”

Recently, we created a whatsapp group of Christian bloggers. It is a great blessing to have good brothers and sisters fellowship together on a daily basis with love.

If you are a Christian blogger who uses whatsapp, we would be happy to welcome you in the group!

​We’re planning to help a family of a lady who survived the rwandan genocide of 1994 on this Saturday. The lady has six children.

Please pray for us, and if you desire to get involved, it would be a great blessing. No pressure at all to give.

I will share the pictures on Sunday after the event.

"And saying, The time is fulfilled, and the kingdom of God is at hand: repent ye, and believe the gospel."